Home > Lemer Pax voyage to the centre of the earth 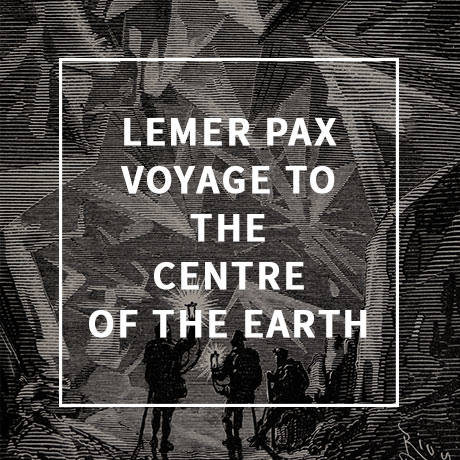 Lemer Pax voyage to the centre of the earth

Lemer Pax has just made the last delivery of a low background activity shielded castle, an exceptionally large compilation of 100 tonnes of ultra-pure materials intended for the daring American-Canadian SuperCDMS SNOLAB* project for which Fermilab, America’s premier national laboratory for particle physics and research on accelerators, provides most of the technology and expertise. This ultimate collaboration between Europe and the New World marks the end of a colossal project during which Lemer Pax acquired a new clean room dedicated exclusively to this extraordinary human undertaking: researching and understanding dark matter.

Delving down far underground in the mine

After being selected for the design engineering of the castle, involving no less than fifteen engineers and physicists during a year of studies, Lemer Pax launched the construction phase in controlled atmosphere. Brick after brick, the tower took shape, with a look evoking the aerospace environment. In the new clean room, located in the centre of the Lemer Pax workshops, Sébastien and François, dressed from head to toe with special cap, lab coat, gloves and shoes, in a filtered and confined atmosphere to minimise the particle concentration, worked for 3 months to assemble the castle bricks under the curious gaze of the project participants. Despite the resemblance, however, we are not in a clean room at Arianespace. 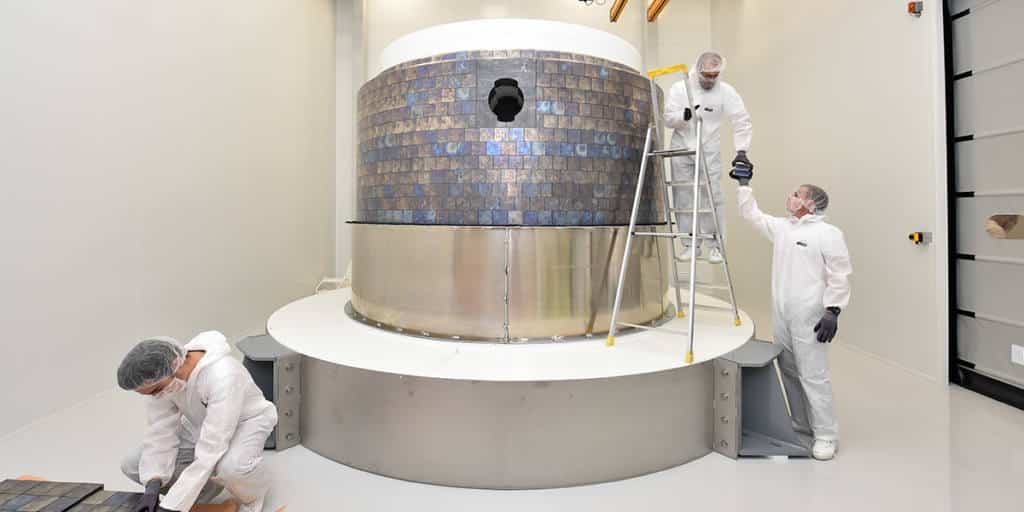 No orbit – never mind weightlessness – for this kind of stationary satellite. It will never see the beautiful curve of the blue planet, since instead it will dive into the centre of the earth, looking for elementary particles.

A surprising destiny for this structure composed of multilayer shielding, ultra-pure materials designed and created at Lemer Pax, under drastic cleanliness conditions, before diving to the bottom of the Sudbury mine, near Toronto, and joining the SuperCDMS SNOLAB* project. Sheltered from cosmic rays, under two kilometres of rock, the scientific teams will be able to hunt undisturbed for these hypothetical dark matter particles, called Weakly Interacting Massive Particles (WIMPs), whose mass is smaller than that of the proton and which are assumed to represent 4/5th of the entire mass of the universe. To avoid stray radiation, the American-Canadian team therefore decided to set up this experiment in a mine converted into an ultra-clean underground laboratory.

For this colossal project, worthy of a Jules Verne novel, Lemer Pax delivered an imposing shielded box designed to isolate the ultra-sensitive detector, the SNOBOX as it has been named by the American teams, from the natural radioactivity present on and under the earth and from various other cosmic rays. To avoid polluting the measurement, the natural radioactivity of the materials used for the shielding is as low as possible.

Participation in this major scientific project highlighted the company’s full research potential, its ability to adapt, its innovating spirit and its international visibility.

For this colossal project, worthy of a Jules Verne novel, Lemer Pax delivered an imposing shielded box designed to isolate the ultra-sensitive detector, the SNOBOX as it has been named by the American teams, from the natural radioactivity present on and under the earth and from various other cosmic rays. To avoid polluting the measurement, the natural radioactivity of the materials used for the shielding is as low as possible.
And as if this was not enough, liquid nitrogen will be used to immerse the core of the detectors forming the SNOBOX at a temperature just a few thousandths of a degree from the absolute zero (-273 °C), imposing highly demanding specifications on Lemer Pax.

The compilation of 100 tonnes of ultra-pure materials was assembled before being dismantled and transported under exceptional environmental constraints. The Lemer Pax teams required considerable agility and performance to accomplish, in a relatively short time, a mission which involved the design offices of the French-American teams and which affected the organisation as such and in particular the flows of a large proportion of the company. This multilayer assembly of ultra-pure materials, which plays an absolutely essential role in this scientific exploration adventure, consists of polyethylene neutron shielding, gamma shielding of more than 4200 lead bricks and an aluminium radon barrier, the assembly resting on a polyethylene platform surrounded by a seismic belt. 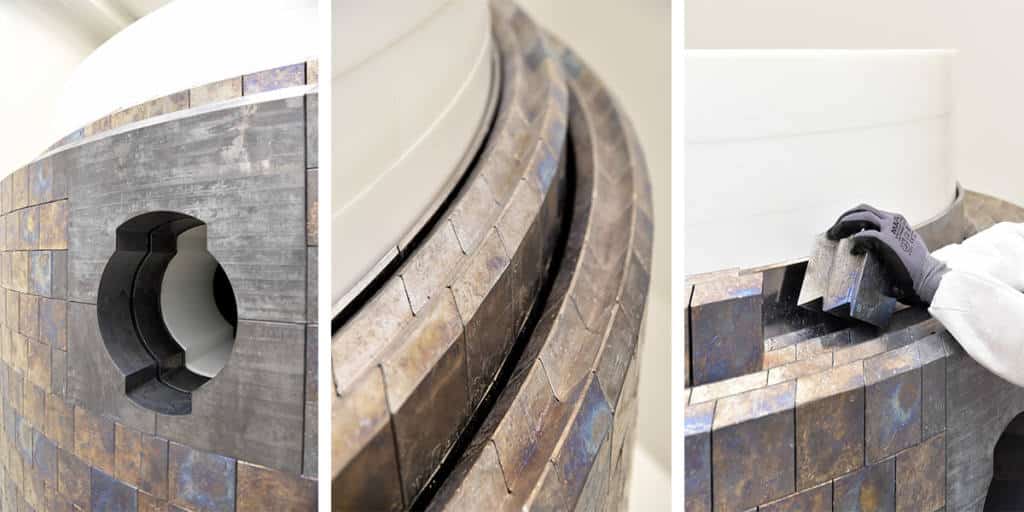 For this outstanding project, Lemer Pax therefore converted a large number of its workshops, integrating this 120 m2, 6 m high clean room with renewed atmosphere and particle count to quantify and guarantee the dust level traceability, equipped with a 1.6 t travelling crane and resting on a thick specially cast concrete slab intended to receive the low background activity shielded castle.

The whole project was completed in less than a year, respecting the conditions of cleanliness and packaging under 3 heat-welded plastic films for each part, required by the customer for long-haul transport. The 6 containers finally reached the banks of the Saint-Laurent river, with the congratulations of the American teams upon arrival. Participation in this major scientific project highlighted the company’s full research potential, its ability to adapt, its innovating spirit and its international visibility. 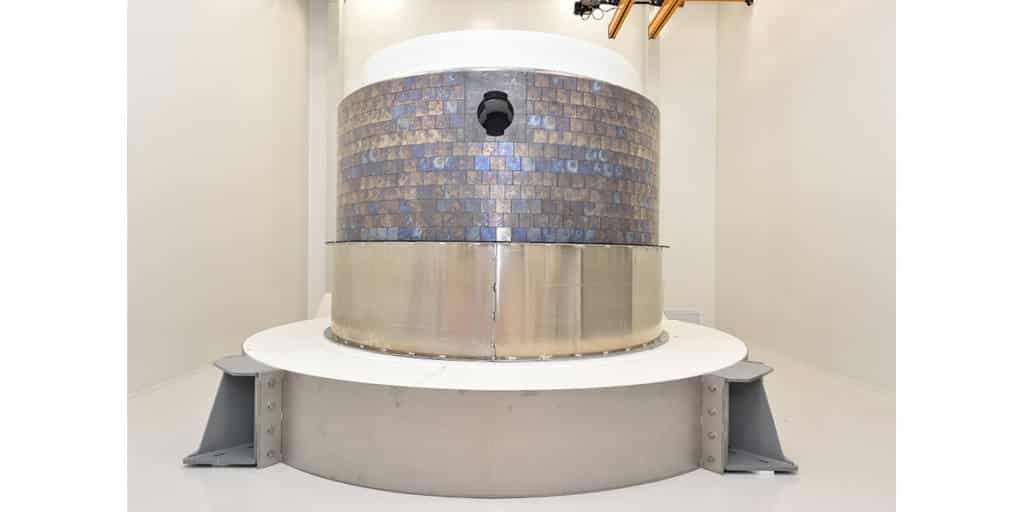 *SuperCDMS: Super Cryogenic Dark Matter Search. In the SuperCDMS SNOLAB experiment, research will be conducted using silicon and germanium crystals. To measure the atomic jiggles, these detectors must be cooled to a fraction of a degree above absolute zero. These ultra-cold conditions gave the experiment its name: SuperCDMS. The Super prefix indicates increased sensitivity compared with the previous versions of the experiment. 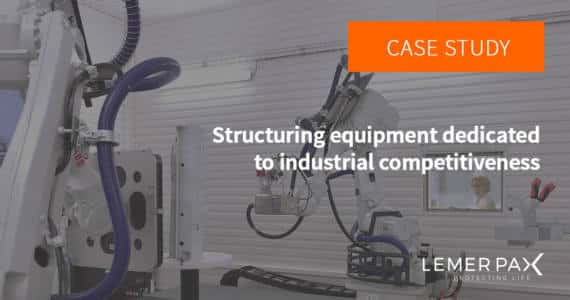 Since its creation, CEA Tech has pursued a mission: become an accelerator of innovation serving industry. By setting up in the Pays de la Loire region, at the TechnoCampus Océan on the outskirts of Nantes, CEA Tech aims to propose...
READ MORE 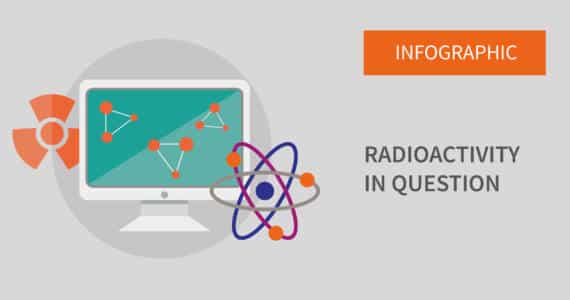 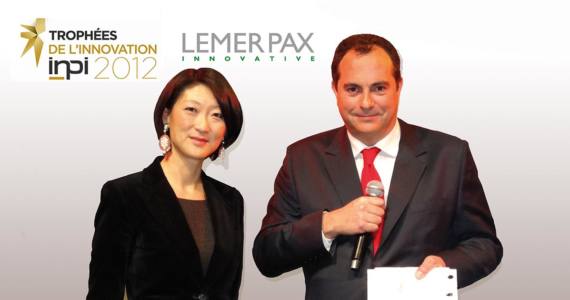 Following the award of the Grand Prix Siemens de l’Innovation and the Prix Oséo Excellence in 2011, Ms Fleur Pellerin presented Lemer Pax with the INPI Innovation Trophy on Tuesday 22nd January. This is the first time an industrial SME...
READ MORE
BACK