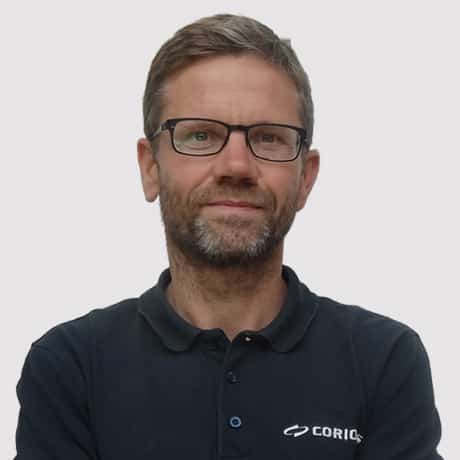 From Start-up to industrial SME, Coriolis Composites is a remarkable success story. The company, specialised in the manufacture of robotic cells and software for the production of composite parts, now employs 170 persons and is entering the market of non destructive testing (NDT).

Founded in 2000 at Lyon by two engineers, Clémentine Gallet and Alexandre Hamlyn, joined later by Yvan Hardy, Coriolis Composites is now based at Quéven, near Lorient in Brittany, with the ambition of automating manufacturing systems for the nautical industry. As things turned out, it was the aeronautical industry which propelled Coriolis into the market of carbon fibre placement with potential prestigious customers. Airbus, Stelia Aerospace, Dassault Aviation, Safran and the Chinese company Comac have placed Quéven on the global aeronautical map.

In 2011, Coriolis acquired a non-destructive testing cabinet designed and manufactured by Lemer Pax. Relying on several years of research and innovation, in 2016 the two companies joined forces for an unprecedented collaboration: the design of a very large robot-controlled X-tomography platform with a 70-tonne radiation protection cabinet for CEA Tech.

How did the Coriolis Composites adventure begin?

Alexandre Hamlyn: We had all just graduated from an engineering school and were sailing enthusiasts. We wanted to revolutionise shipbuilding where shipyard workers were still laying the fibre in large moulds and glueing it by hand with resin. The objective of our little team was therefore to make composite racing yacht hulls industrially, and no longer manually. It turned out that filament winding, used in the manufacture of fishing rods, could be adapted to this new challenge. We could now set out on the difficult road to success. We contacted all the venture capital companies in France, took part in competitions organised by the Ministry of Research and Innovation and won them all, one after the other. We met many people. Carbon manufacturers, potential partners, company managers, and were finally supported by Jean-Yves Le Drian, then deputy and regional counsellor in Brittany, and his local financial development fund. The condition was to move to the Morbihan department. This was all the more courageous from him since, at the time, this industrial sector was not very popular. The only thing that counted was the Internet. We were enthusiastic however, but had never won any customers in the nautical industry! We soon realised that our project was not right for this sector. Large competition yachts are manufactured individually and therefore do not require robot control, while large series boats are produced using low-cost fibres. There was no room for our automated laying technology!

The objective of our little team was therefore to make composite racing yacht hulls industrially, and no longer manually.

What made the company take off?

Alexandre Hamlyn: In the meantime, we improved the filament winding technique, taking inspiration from an American technology developed for the defence sector.  An expensive technology which we adapted to standard robots to make them polyarticulated and obtain flexible machines on slow robots that were difficult to adapt. According to the old saying that plenty of ideas make up for no money, we adapted this robotic technology to control production costs, while at the same time, Boeing was launching its composite aircraft, with in particular composite parts such as 40 m long wings. The first boost definitely came from the aeronautical industry. In 2007, Airbus followed suit and ordered a first machine. From a research and development start-up, we became an industrial SME to meet the leading customers in the profession, while preserving Coriolis DNA, thanks mainly to engineers expert in the materials, robotics and software. Our company has no mechanical activity as such, all the components being subcontracted and delivered pre-assembled.

The first boost definitely came from the aeronautical industry. 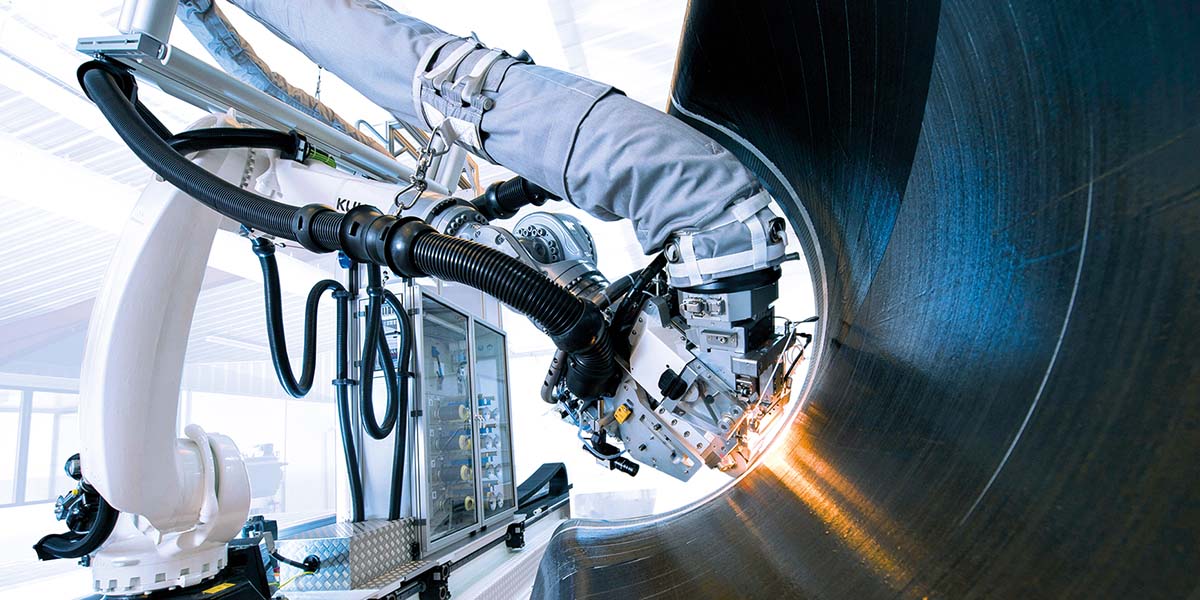 How do you see Coriolis progressing in the near future?

Alexandre Hamlyn: Clearly in diversification. We have just purchased a company to manufacture tanks for hydrogen vehicles. This means external growth, but remaining specialised in our know-how of robots and composite materials while including the lightening and energy saving aspects. We want to limit our dependency on the aeronautical industry to gain new markets in the automotive and nautical sectors, by producing for example composite foils for the big racing boats. Alongside our products manufactured using the automated laying technology, allowing us to produce a very high quality fuselage panel within 3 hours, we deploy ultrasonic and X-ray tools to perform automated inspections on composite parts. We have initiated a project with the CEA for a new 3D X-ray technology. We deliver robots and software to the CEA which develops the entire image reconstruction part. Lastly, the medical sector may represent a new avenue for growth by proposing carbon ortheses made to order. Coriolis Composites achieves 80 % of its turnover, i.e. 30 million euros, in export, always relying on an ambitious intellectual property policy.

We deploy ultrasonic and X-ray tools to perform automated inspections on composite parts.

Since its creation, CEA Tech has pursued a mission: become an accelerator of innovation serving industry. By setting up in the Pays de la Loire region, at the TechnoCampus Océan on the outskirts of Nantes, CEA Tech aims to propose...
READ MORE 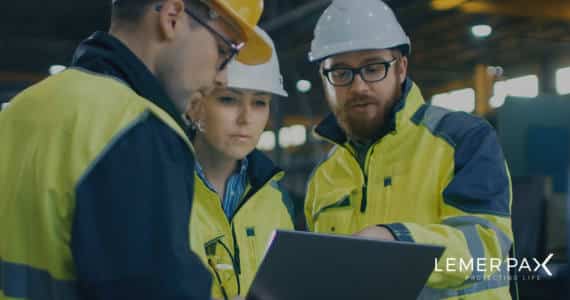 Acquisition of SIRP: Lemer Pax increases its leadership in the field of non-destructive testing

Lemer Pax, global innovation leader in the field of radiation protection, is taking over the medical and industrial radiation protection activities of its competitor the SIRP (Société Industrielle de Radio-Protection), a company created in 1989. For many years, LEMER Pax...
READ MORE 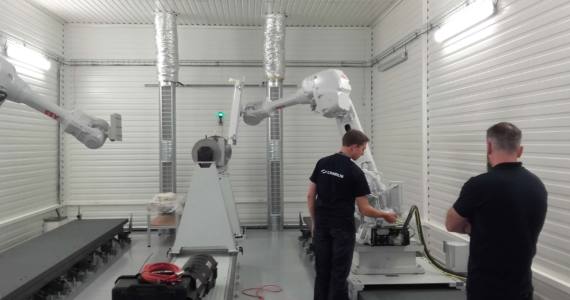 Lemer Pax recently create a new lead-lined bunker for CEA Tech, designed for non-destructive testing. A sure-fire source of value added for the region and the sector.
READ MORE
BACK