At their meeting with the President of the Region, Valérie Chevreul, General Manager and Pierre-Marie Lemer, President, thanked her for the Region’s support via the Future Investments Programme for the new ecological and lead-free radiation protection material, Novashield® Glass, which is based on a disruptive technology.

This was an opportunity for Lemer Pax to talk about the future production site in Grandchamps-des-Fontaines, featuring a sterile kit production line and a second line for manufacturing Novashield® Glass sheets. These two projects also received Government aid granted under the Recovery Plan for investments in strategic sectors for the resilience of the French economy. After an overview of Lemer Pax’s main sectors of activity, with an emphasis on healthcare of the future and strategic sectors, the visit continued in the production area where President Christelle Morançais was interested to see the flagship products in nuclear medicine, including the manual radiopharmaceutical preparation hotcells and the Posijet® radiopharmaceutical fractionation and injection unit, as well as the area dedicated to interventional radiology with the Cathpax® range of radiation protection cabins.

The cabins will benefit from the secure supply programme to ensure the resilience of our industry in the key strategic sector of healthcare.  Lemer Pax decided to invest in a local site to manufacture the sterile kits used to drape the Cathpax® radiation protection cabins before each catheterization procedure.

By investing locally, not far from Nantes, the company will be able to meet the growing demand, both in France and abroad, and create new jobs starting in late 2023. The new building will feature two production lines working side by side and will help bring back industry to our local regions.

On behalf of the French Government, Bpifrance has also been tasked with approving, monitoring and assessing the financial aid awarded to the Novashield® Glass programme. This new material developed by Lemer Pax is clear, lead-free and attenuates a wide range of ionizing radiation. The new radiation protection solution offers lightweight screens with optimal radiation protection performance for several types of radiation (X, Gamma and neutron) while meeting the needs of many sectors, including industry and research, nuclear medicine, conventional and interventional radiology, defence, and aerospace.

This disruptive technology is set to enter the industrial phase, guaranteeing strategic independence and generating additional revenue and jobs. Lemer Pax has moved from being an equipment designer and manufacturer to a global solution provider.

The president of the region warmly congratulated the management team for the advanced technologies used in the products and onboard systems. She also expressed her pleasure with the large talent base in the Pays de la Loire region in the field of radiopharmaceuticals and Lemer Pax’s commitment to supporting the resilience of French industry in the two key sectors of healthcare and nuclear research. 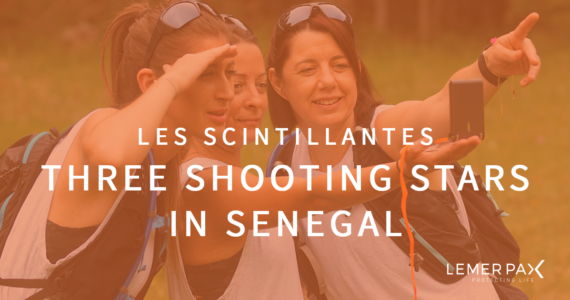 They are three manipulators in medical imaging specialized in nuclear medicine. Three colleagues from the Arnault Tzanck Institute in St-Laurent-du-Var and three friends who will participate in the Rose Trip trek in the Lompoul desert in Senegal on March 30th....
READ MORE

Nuclear power is essential to meet the global energy demand. The current energy development director of the FAYAT group and president of the French Nuclear Suppliers Association (GIFE) is a man belonging to the limited circle of nuclear experts. A...
READ MORE
BACK

Lemer Pax respects your privacy
Lemer Pax and its partners use cookies or similar technologies and process personal data that can be crossed with information provided as part of our services for the following purposes: improving your user experience, carrying out audience statistics and studies to improve our offers, offer you services tailored to your interests, display targeted advertisements on our site or those of partners, measure the performance of these advertisements, use precise geolocation data, offer you functionalities relating to networks social, fight against fraud. Some cookies are necessary for the site and our services to work. You can accept, manage your preferences by purpose or continue browsing without accepting.
Cookie settings
Allow all cookies
✓ Allow all cookies
✗ Continue without accepting
Google Tag Manager
This service can place 22 cookies.
Read more - View official website
✓ Allow
✗ Reject
PRIVACY POLICY